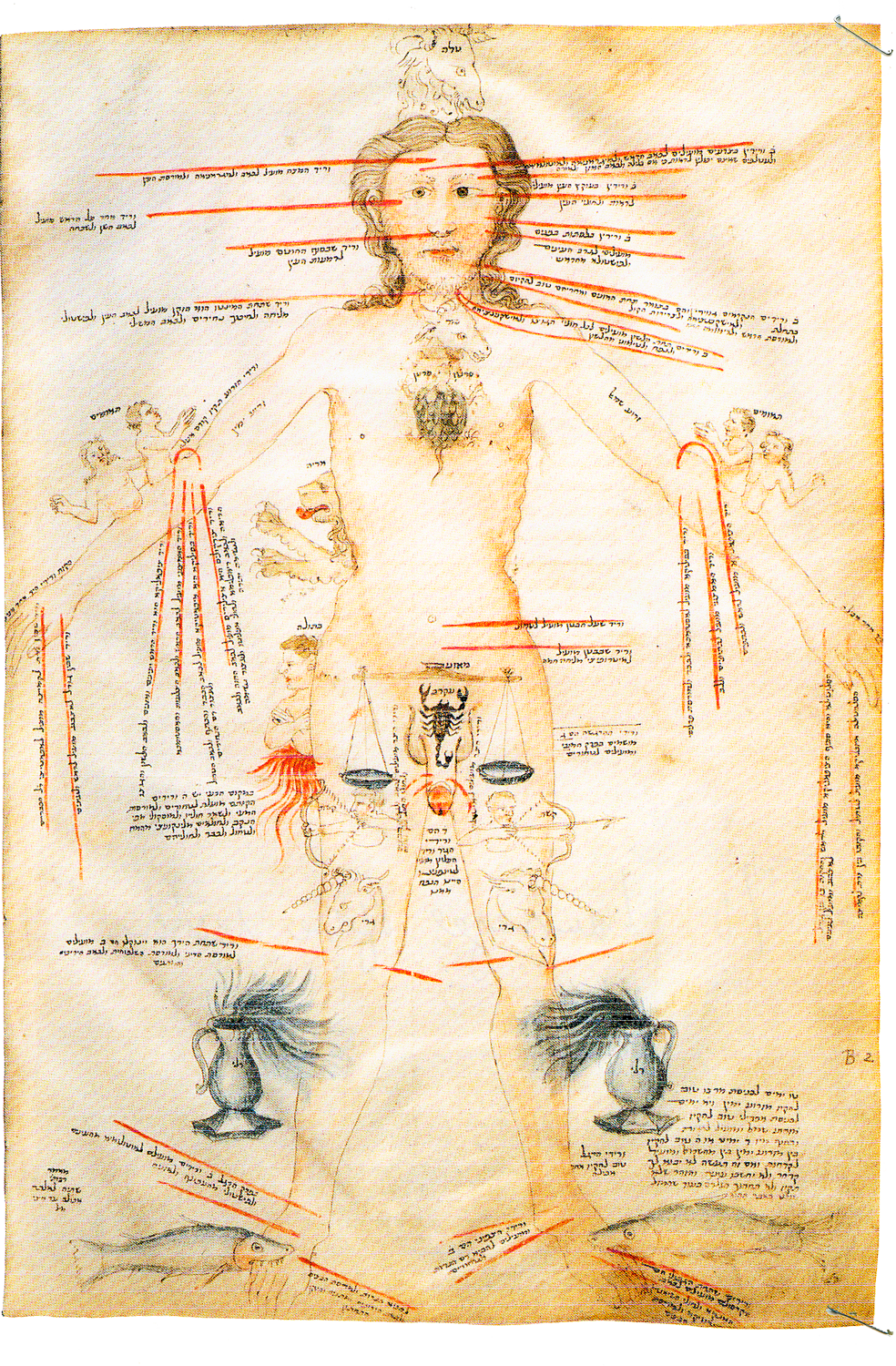 In Medieval times, bloodletting was the medical treatment for rebalancing bodily humours. ‘Zodiac Man’ shows the points for blood-letting with reference to the signs of the Zodiac.  For example, Aries governed a person’s head, whilst Sagitarius ruled the thighs and Pisces the feet. All four classical elements – fire, earth, water and air were thought to be present in the blood and so bloodletting was believed to return the patient back to health. Man was seen as a “little world” or microcosm, as part of the cosmos.

If the Moon was positioned within a part of the zodiac which governed a particular part of the body, bloodletting would be avoided. The reason for this was, that the Moon’s attraction to that part of the body would cause excessive bleeding. This was because of the association of the moon’s phases with water and the ocean tides. Historians see this as proof, that linking astrology with medicine must have been necessary for the practice of learning medicine during that time. Whatever the reason, the microcosm as metaphor undoubtedly occupied a central place in Medieval medical representations of the human body.