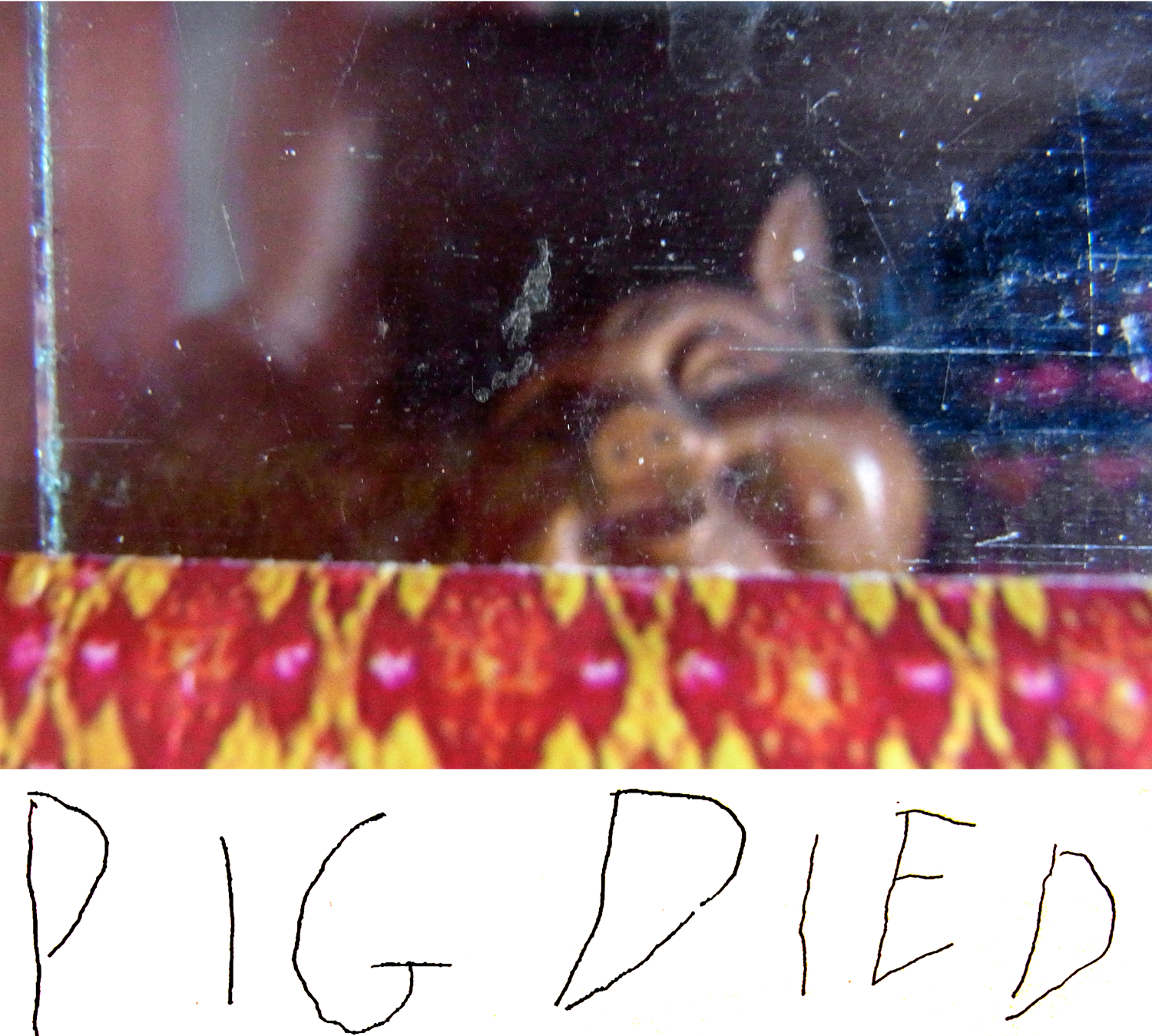 It was the marks upon them that interested her;  She took out her camera & photographed them. These three steel sculptures, standing there in the orchard of the park. The sign stated ‘IT IS STRICTLY FORBIDDEN TO WALK ON THESE SCULPTURES’  Yet there were two fingered up your nose trespassing footsteps and names littering them right up to the top. That very first date entered her head as she made her way home. It must have been some arty farty cinema in the West End and HE, a stranger, sat next to her. They’d come to watch Zed but he’d made a mistake and up came The Good The Bad and The Ugly.

HE turned to her.

She returned home, noting again the words etched deep in the brick just above the bell.

She turned the key and entered the house.